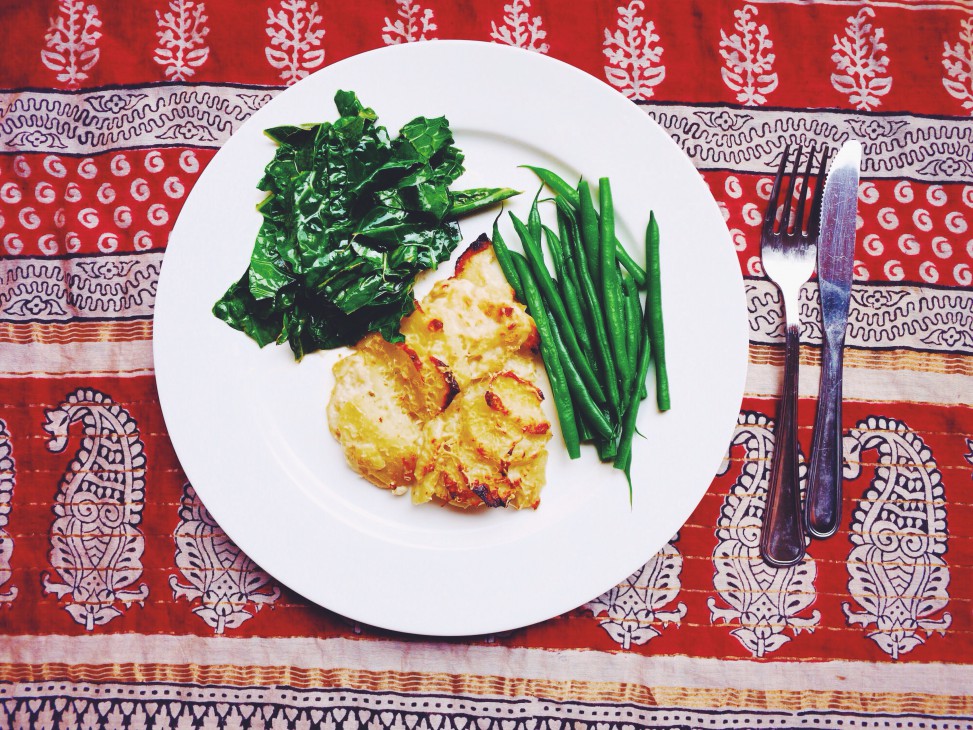 Cooking things on the stove but its for the oven OK 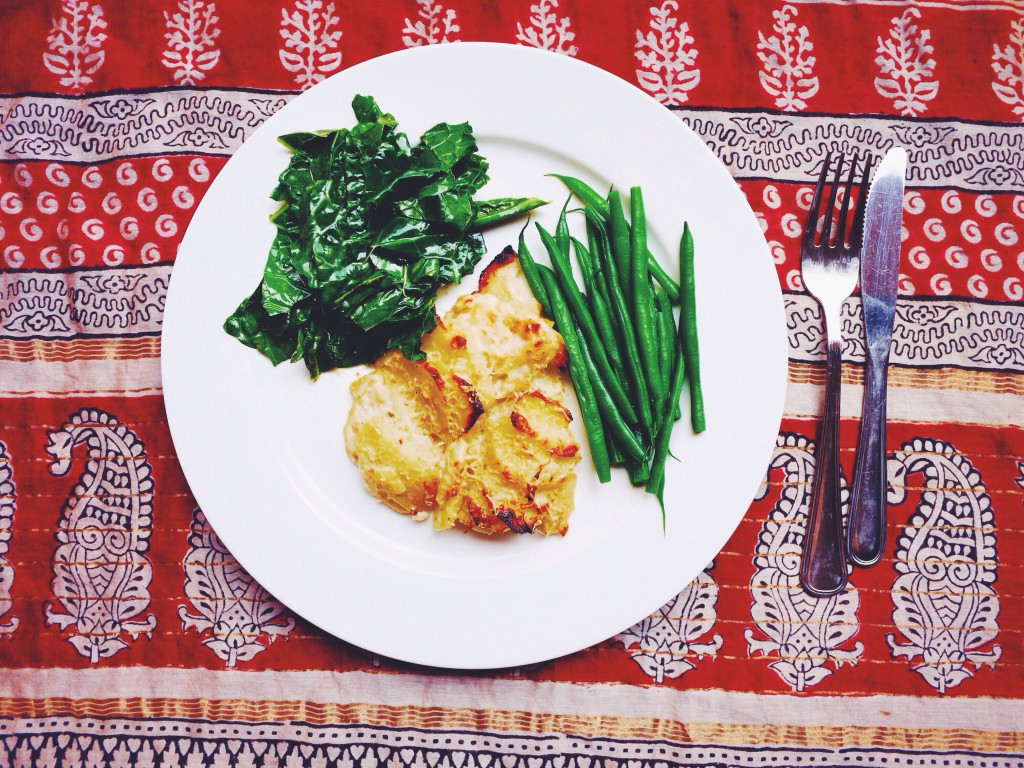 OK. As I said. Did not have a tray or oven-proof form to bake my potato gratin in.  I even called down to house keeping and tried to explain my huge problem and asked if I could borrow one from their kitchen. I could not. So. I had to solve the problem. I was not going to NOT make potato gratin. So I did it on the stove. It worked.  Ok! But I will tell you how to make it in the oven. So much easier!!! GOD.

YOU ARE GONNA NEED THIS:

1 dl/3.4 oz Cheddar cheese for grating and a bit more at the end

Peel your potatoes. Slice them in thin slices. The thinner you slice, the faster it cooks. Slice your onion. Put the potato and onion in a bowl. Grate the garlic and put it in as well. Add the cream and milk. Grate some cheese in there, maybe half the amount. Add a lot of  salt and pepper. Mix with a spoon so the potatoes are covered with milk/cream.

Take a oven-proof form. Smear butter all over it so the potato gratin doesnt stick. Add the potato mixture. TOP WITH A LOT OF GRATED CHEESE. As I said, the time in the oven depends on how thick you sliced the potato. But I would say like 30 minutes in the oven. At half of the time, add a little bit more milk if it looks dry. Maybe turn it down a little bit in the middle and turn it up at the end for a super crisp top.

If you need more help just comment and I ll fly out and cook you that damn potato gratin. Oh I wish.

Serve with wilted kale and boiled green beans. The BOMB!